Steven Sharp Nelson is an award-winning, Billboard-charting, YouTube rock star (in a cellist sort of way). His passion for music is palpable. His music invites people in – people from all different walks of life and tastes. He has inspired millions through his music, awakening a new-found love for the cello or classical music, rekindling a forgotten passion, or showing, by example, how to simply smile in order to enjoy life more fully.

Steven plays many instruments and combines multiple elements from these instruments, most notably guitar and percussion, into an innovative and revolutionary way of playing the cello. He is broadly considered a pioneer in exploring the versatility of the instrument. In addition to his cello prowess he is an award-winning composer, arranger, and entertainer. He has toured the globe performing his works.

In 2011, Steven joined “The Piano Guys” and now enjoys confusing everyone that wonders why a cellist is called a “piano guy.” Whenever he goes to the airport and checks in with his multiple cello cases he inevitably is asked, “Hey, what band are you in?” … [awkward silence].

Despite this perplexity, Steven couldn’t be happier using everything God has given him to write music and produce videos with The Piano Guys. Nearly every sound you hear as you listen to TPG’s music was created by a wood, carbon fiber, steel, or electric cello – often modified from its typical state or tuning. To date, he has invented dozens of cello textures that have never before been heard – the sound of a trombone or an oboe, a Chinese fiddle, an Indian sitar, a saxophone, a kick drum, a snare drum, a timpani…Steven has spent countless hours creating sounds that are familiar, but completely unique – and all with a signature cello-continuity.

Most importantly, Steven subscribes to Johann Sebastian Bach’s mantra: music is for the Glory of God and for the enlivening of the soul. He also believes that, as Beethoven once said, “Music is the electrical soil in which the spirit lives, thinks and invents.” His performances are an incomparable mix of soaring melodies, infectious rhythm, and laughter. He doesn’t take himself too seriously and insists that no musician should. He draws his inspiration from a firm belief in a loving God, two incredible parents that have sacrificed so much to offer him the opportunities he enjoys today, and most of all an amazing wife and four cute-as-can-be children.

One Mind, One Heart

Film Scores and Compositions Include: 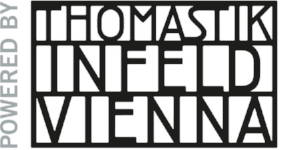